John Michael Green is an author and YouTube video blogger. He was born on August 24th, 1977, in Indianapolis, Indiana. He lives with his wife Sarah Urist Green, and his two kids Henry and Alice Green. He has a pet White West Highland Terrier named Fireball Wilson Roberts, also known as Willy. John has been writing since 2005, but has gotten more famous through his YouTube channel, Vlogbrothers, starring himself and his brother William Henry “Hank” Green. Since then, the buzz about John Green has greatly increased. 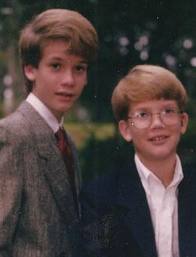 Green was born to parents Mike and Sydney Green, in Indiana. Soon after, his family moved to Orlando, Florida. He attended Lake Highland Preparatory School for elementary and middle school. He has said that during this time, he was greatly bullied and his life was miserable. Later, he went to Indian Springs School, which he later used as a setting for his first book, Looking for Alaska. After John graduated high school, he had a double major in English and Religious studies at Kenyon College, graduating in 2000. He then spent five months working at a children's hospital while enrolled at University of Chicago Divinity School, as he intended to become a priest. But, while working at the hospital, he had a change in heart when he witnessed their life-threatening situations. John then decided to become an author, and lived in Chicago working for the book review journal, Booklist.
His first book, Looking for Alaska, was published by Dutton Children's Books in 2005. The book was based off of his high school experience at Indian Springs School. In 2006, he won the Printz Award for how the book was “based entirely on it's literary merit.” Later in 2006, John's second novel, An Abundance of Katherines, debuted. It was the runner-up for the Printz Award in 2007, as well as a finalist for Los Angeles Times Book prize. In 2008, John's third novel, Paper Towns, is released and later, is #5 on New York Times bestseller book list for children's books. In 2009, Paper Towns receives the 2009 Edgar Award. Finally, his fourth and most commonly known novel, The Fault In Our Stars, is published in 2012. In days, it hits #1 on the New York Times bestseller list. In 2013, The Fault In Our Stars wins the Teen Book of the Year Award in the Children's Choice Book Awards. 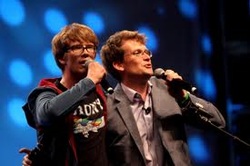 John has participated in the makings of many other projects, as well. In 2007, he and his brother Hank made “The Project for Awesome”, an organization for non-profit organizations and charities. Over the years, they've raised more than 1.5 million dollars for charities like the Pink Daisy Project, or the Friends of the Earth. In 2010, he and Hank created VidCon, a conference for the growing online video community. Three years later, 12,000 people attended, prior to the first 1,400.
John has made a huge impact to teens around the world. His books have inspired  and helped teens through tough situations like love, death, and being heroic. Though John can be at times weird and berserk, he teaches in a way that kids understand, and never felt understood for.
Powered by